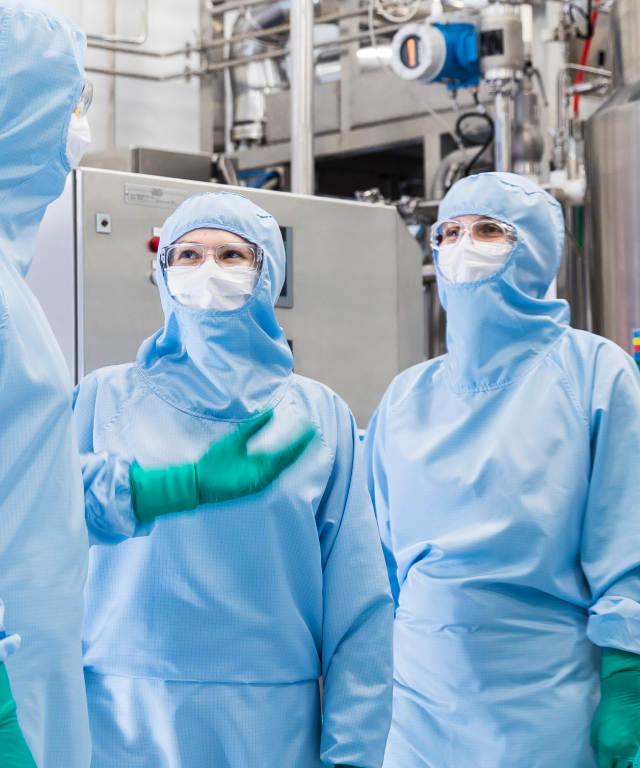 What is a biosimilar?

Most drugs are split into two forms, small molecules and large molecules. Small molecule drugs are synthetically made chemical compounds such as Paracetamol, which consists of only 20 atoms, they often come in pill form. Large molecules (biologics) are made by living organisms and are much larger and complicated, the cancer drug Pembrolizumab contains over 20,000 atoms. At an industrial scale they are produced by cells grown in large tanks.

All small molecule drugs of the same type are identical, but all biological drugs have small variations caused by natural processing.

Biosimilars are copies of existing biologics being used in therapeutic treatment. Biosimilars use the same amino acid code as the originator drug and follow the same or very similar process in their production. Due to natural processing they are not an identical copy of the original biologic but to be approved biosimilars must show that they have the same pharmacological profile and are equally effective and safe.

Are biosimilars as safe as the
reference biologic?

All approved biosimilars undergo a rigorous evaluation to ensure that they are efficacious, safe and produced to the highest quality.

All biosimilars needed to be approved by national medicine agencies such as the EMA, MHRA and FDA before they can be used.

Why are biosimilars not as cheap
as generic medicines?

The route to creating a biosimilar is very different from that of a generic medicine. Extensive amount of research is still required to develop processes for the production of the biosimilar and to ensure biosimilarity. While clinical trials are shorter they are still required. Once approved manufacturing biosimilars is still a time and resource consuming process requiring state of the art equipment, expertise and analytics. This means unlike generic medicines which can be very cheap once patents expire biosimilars still can remain relatively expensive.

How do biosimilars reduce healthcare
costs and improve patient access?

In general biological medicines are expensive. This is because the research, manufacturing and clinical testing is extremely time consuming, requiring allot expertise and the latest equipment.

It is also needs to be recognised that the vast majority of drug development programs fail during the research and development phase. So successful drugs need to not just pay for their own costs but also for those of programs that did not make it. This is necessary or we would never have any new medicines. Because of this companies that develop the drug are granted patents that typical last for 20 years which means other companies cannot copy or sell the product during that period. This means that company has a monopoly to sell the drug at a price of their choosing. Once that patent expires other companies can produce biosimilars to compete, these companies don’t have the same research and development or clinical trial costs as the company that developed the original drug so can produce the drug for cheaper. In general multiple companies may have developed a biosimilar for the same drug, creating a competitive market place and forcing down the drug price. This is also forces innovation in the process and manufacturing of the drug to reduce costs further.

Lower costs open the drug to much wider markets and also means healthcare systems can negotiate for access to the drug with multiple companies.

It should be said that the companies that created the reference biologics vigorously defend their patents and can often get extensions, biosimilar companies spend allot of time and money fighting these.

Get in touch for more information.